The Script component allows you to modify messages using scripts written in JavaScript or Groovy. The scripts can either be provided directly or uploaded as files. Scripts are able to read and modify the body, headers, and properties of messages that pass through the component.

To simplify development of scripts, the Script component offers the ability to evaluate scripts given a set of test values for the body, headers, and properties of a message.

The type of a message's body depends on the component that produced the message. If you want to process the body of a message as a string, you may have to convert it, depending on the flow in which you're using the Script component. The expression request.getBody(java.lang.String.class) returns the body as a string.

The attributes that can be accessed and modified by the Script component are described in the documentation of Apache's Camel project.

The Script component has the following configuration options:

The image below shows the result of evaluating a script for a given body, set of headers and set of properties. 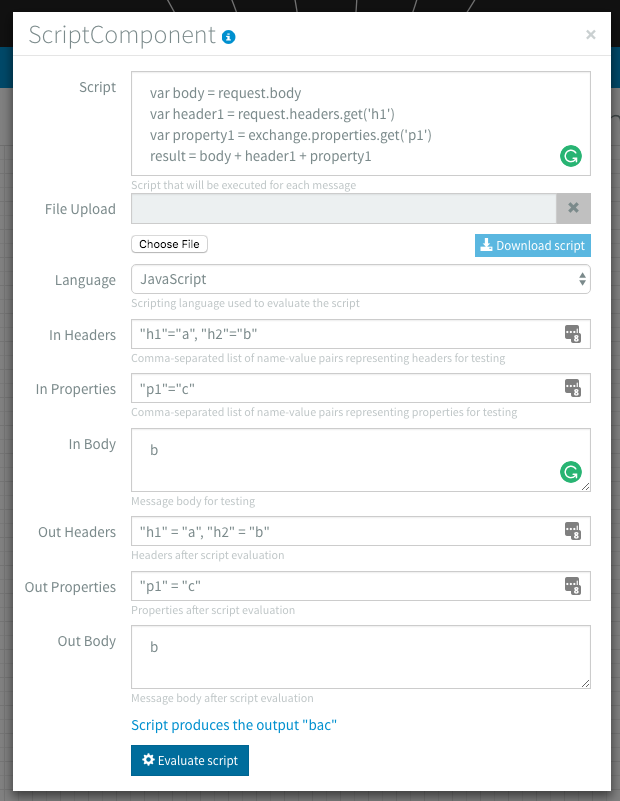